﻿﻿﻿ What is the difference between PVC hose and hard tube? - Goldsione

What is the difference between PVC hose and hard tube?


There are usually two kinds of PVC hose: Compound PVC hose and plastic PVC hose. Because the plastic PVC hose is thin and easy to aging and embrittlement, it is seldom used in fresh air system, because it is not easy to replace damaged. Composite PVC hose has a PVC protective film as the surface, and there are two times aluminum foil and steel bar supporting the pipeline. The steel bar exists in order to prevent the pipeline from bonding together and not easy to flatten when bending.
The advantages of PVC hose are:
1. Shorter construction period relative to hard pipe.
2, it can be convenient to change the pipeline and inlet and outlet location later.
3, it can be applied to the renovation of the ceiling or old building, and not afraid to destroy part of the ceiling.
4. Can be close to the ceiling and wall, for the room floor is relatively low, do not want to hang the ceiling too low friends is the second choice.
5. Because PVC hose is easy to turn and has strong ductility, it is suitable to have too many complicated pipes on the ceiling (such as air-conditioning pipes, heating and cooling pipes, fire-fighting pipes, etc.) and do not need to destroy too many walls.
At the same time, the use of PVC hose in the new wind system also has some disadvantages.
1. PVC hose has no PVC hard tube and is easier to be cut or scratched.
2. Because PVC hose is folded, the inner wall is not smooth, which leads to larger wind resistance and less ventilation effect.
3. It is also because of the high internal wind resistance of PVC hose, so the air volume is larger than that of the hard pipe host, and the PVC hose can not be sent to too far places and too many bends, there are PVC hose, you must also think of, there are hard pipes. Central fresh air system hard pipe is PVC pipe, the main component is PVC, in addition to adding other components to enhance its heat resistance, toughness, ductility and so on. The common sewer pipes in our homes are those that are running water, and the fresh air system is ventilated.
PVC hose generally uses composite PVC hose with PVC protective film as its surface. There are two times of aluminum foil inside and steel bars supporting the pipeline. The existence of steel bars is to prevent the pipeline from bonding together and not easy to flatten when bending. PVC hose has the advantages of short construction period, low requirement for floor height and easy installation and transformation in later stage. The disadvantage of PVC hose is that it has large air supply capacity, but also large air resistance, and the effect of ventilation and ventilation will be discounted. Compared with hard pipe, it is not so strong.
The advantages of hard pipes are:
1, hard and durable, and it is not easy to use for many years.
2, the inner wall is smooth, the wind resistance is small, the air volume attenuation is not obvious, can send the wind to the far room.
The new wind system adopts the disadvantages of hard tube:
1, the construction period is longer (compared to PVC hose), and the cost is higher.
2, later change the pipeline or change the position of inlet and outlet difficult.
3, in the place where the ceiling has been installed, there is no way to use it.
4. Because fixing hard pipe and turning need more space, the ceiling height is generally higher than that of PVC hose. In view of the advantages and disadvantages of the two, they are usually combined in fresh air system. The main pipe is hard pipe, and the connection of branch and main engine is PVC hose.
Hard pipe is PVC pipe, the main component is PVC, in addition to other components to enhance its heat resistance, toughness, ductility and so on. Hard pipe has many advantages, such as durability, long distance air supply, less attenuation of air volume, etc. Its shortcomings are long construction, high cost and inconvenience of later transformation. 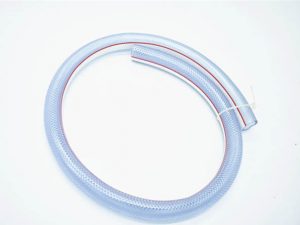