In the eyes of the industry, plastics and plastics are a kind of thing. In the past, factories in China were called plastic factories, while the Hongkong and Taiwan region called plastics factories as plastic companies. At present, in order to communicate with foreign investors conveniently, some of the three-foreign-funded enterprises in China basically hang the brand of ** Plastic ** Co., Ltd. It can not be literally understood as plastic and rubber. There are differences between Hong Kong and Taiwan and the mainland, such as pandas and Taiwan.
Plastic hose is an important part of modern industry. Plastic hose can be designed by solid wall or structural wall, and its connection is mainly made by solvent bonding. According to whether plasticizers are used, they can be classified as rigid polyvinyl chloride (with relatively high corrosion resistance and high temperature resistance, and relatively high cost).
There are two kinds of plastic hoses, one is completely air-tight and water-tight, such as propellant conveying for launch vehicles, gas, water heaters; the other is plastic hoses are continuously wound with tape, the ordinary wound bellows are used to protect cables, such as magnetic card telephone, machine tools, and lamp bellows in the production process. Clip in steel wire. It is mainly used for sensing line protection of precision optical ruler and industrial sensor line protection. 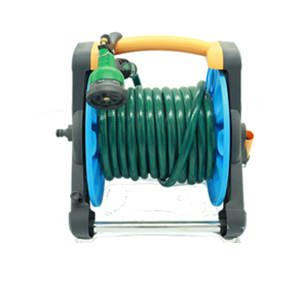 The previous article：Does PVC reinforced hose contain plasticizers?
The next article：Proper use of PVC fiber hose
﻿