There are many materials for making PVC lay flat hose. Rubber and PVC are the two most commonly used materials. So, what’s the difference between the two kinds of PVC lay flat hose?
1. Rubber is a kind of macromolecule material. High elasticity at room temperature is the characteristic of rubber material, which is not available in any other material. Therefore, rubber is also called elastomer. The high elastic material has a large elastic deformation under the action of external force, and the deformation recovers quickly after removing the external force, while the deformation of the metal material with general elasticity is only about 0.01.
Second, PVC is not rubber, it should belong to plastics. Plastics are generally hard, rubber is generally soft, PVC soft rubber is a special case. It’s because PVC soft rubber feels like rubber, but it’s not rubber at all. Rubber is divided into styrene-butadiene rubber, chloroprene rubber, cis-butadiene rubber, nitrile-butadiene rubber, silicone rubber and so on, nearly 20 kinds.
In short, although the gap between the two materials is relatively large, it does not affect its use. 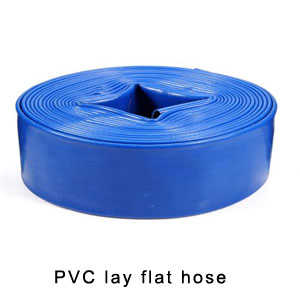 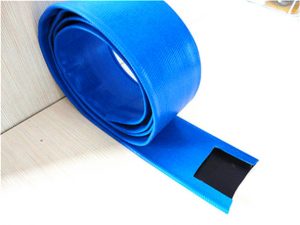 The previous article：How to Connect PVC Garden hose
The next article：What kind of PVC lay flat hose is good for watering farmland in spring drought?
﻿