Although generally cheap Home PVC garden hoses are also made of PVC materials, also known as Home PVC garden hoses, which also have woven layers, there are significant differences in service life, appearance, smell, compression degree, tensile strength and working pressure.
The first odour, regardless of the first odour, is made of PVC, emitted from polybrominated diphenyl ethers in PVC, PBDE is increasingly harmful to human and natural environment, and its odour is extremely persistent and pungent. Liposoluble, the liver and nervous system damage, as well as thyroid endocrine interference, easy to cause cancer. Now countries such as the United States and Europe issued a document in 2003 and 2004 banning the manufacture of such PVC garden hoses, which must be manufactured to meet ROHS and REACH standards to be used.
Its second compression effect is poor, bonding strength is poor, easy to hard, hands like a stick, easy to fold; Some PVC garden hoses, though soft to the touch in winter, are cold plasticizers used in the production of PVC garden hoses. The plastic agent is phthalate ester, which is a chronic poison of the human body and is prone to death. R and renal function decreased, red blood cells, with mutagenicity and carcinogenicity.
The three-layer fabric is made of inferior polyester material, the inner layer, outer layer and middle layer are not firm, easy to spalling, which affects the working pressure and service life. 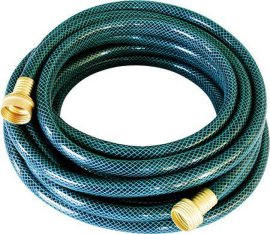